The game represents the main hub of a much larger ecosystem of content being built around the ambitious Unknown 9 narrative universe. The studio invites fans to dive into the world of Unknown 9, with a first look at the new video game trailer.

Led by an experienced and diverse development team, Reflector has created an all-new narrative universe and is officially unveiling it this month. The team is proud to present Unknown 9: Awakening, a narrative-driven third-person action-adventure game with a first look at its protagonist, Haroona, and a glimpse of her abilities in the “Reverse,” an unexplored dimension of our world.

Raised on the streets of Calcutta, India and haunted by visions of her own death, Haroona struggles to understand her mysterious innate abilities to manipulate the invisible. A mentor soon helps Haroona hone her gifts, teaches her how to access the mysterious hidden dimension known as “The Reverse”, and propels her on a journey to unlock the mysteries of this new realm.

“Unknown 9: Awakening is Reflector’s very first reveal. It’s a passion project undertaken by a small team of industry veterans who want to do things differently,” says Alexandre Amancio, CEO of Reflector Entertainment. “Our game features a complex heroine who must accept who she is. The game is set in the Unknown 9 universe, a modern narrative universe that focuses on humanity being on the edge of transcendence or self-destruction.

The larger Unknown 9 universe features interconnected media and content offerings with intersecting characters and storylines that form a rich and immersive narrative universe – including a mystery novel by best-selling author Layton Green called Unknown 9: Genesis, an original podcast called Unknown 9: Out of Sight, and a comic book, Unknown 9: Torment. These different experiences are all stand-alone products (comic book, novel, immersive experience, novel, etc.), but when experienced as a whole, they form a larger narrative and lead to a greater appreciation of the mysterious Unknown 9 universe.

Rouge On Blue is an alliance of talents equally committed to a transdisciplinary approach to communication. The company shapes each brand as an original work of art. This expertise relies on an immersive digital and storytelling culture to meet all the challenges of organizations. From brand strategy to marketing deployment to the design of unusual or unconventional experiences: doing what has never been done is their ultimate passion.

It is with great pride that the talents of Rouge On Blue have participated in the Unknown 9 transmedia project over the past 18 months. The first challenge was to position this new universe in the relatively saturated North American entertainment industry.

Believe in the unknown” quickly became the brand’s new promise, titled in French “plongez dans l’Unknown”. Multiple strategic projects were then defined by André Vu and Lionel Pardin to ensure a completely original marketing of the Unknown 9 universe, notably at SXSW in Texas and globally.

The marketing projects were orchestrated and delivered concomitantly by Reflector’s creative and marketing teams and all the specialists of the Rouge On Blue collective.

One of these key projects quickly brought the heroes of the new Unknown 9 world to life in original photography by selecting key actors and models in Quebec. The photography was co-created by Christian Tremblay and Jeremy Henrard, with creative direction from Sébastien Guy for all marketing projects. This co-creation with the Reflector team also materialized in the original design of the future Unknown9.com platform. Finally, a 360 campaign based on the power and originality of new media was developed while respecting the brand’s foundations, originality and strength. 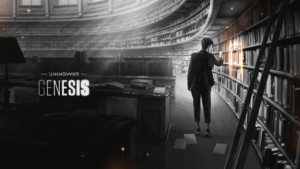 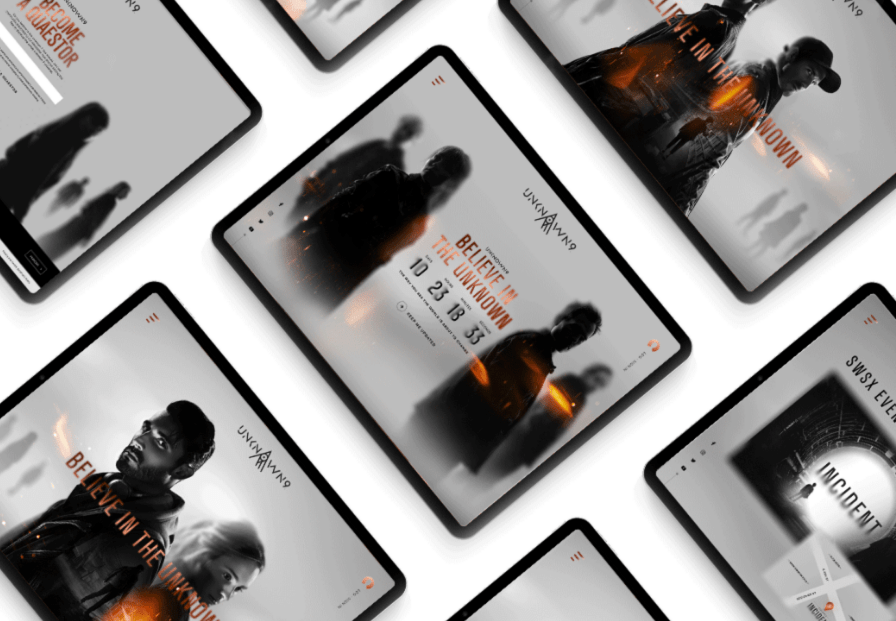 Based in Montreal, Reflector is a new studio that collaborates with top talent to create quality content for a global audience. Its transmedia approach is built around Storyworlds, large narrative universes that bring to life rich and complex stories that reach their audience, wherever they are. Unknown 9 is about finding the extraordinary in the mundane, searching for what has been forgotten, and diving into the unknown. Through Reflector’s comics, novels, scripted podcast series, video game, interactive experience and more, audiences can discover a story world of interconnected plots and characters. It’s a world steeped in mystery and the paranormal that connects real-world history, mythology and conspiracy theories with its rich lore.