BE
LIN
CAMPAIGN TO COLLECT DONATIONS
FOR THE NEW OBSERVATORY OF
SAINT JOSEPH'S ORATORY OF MONT-ROYAL.

The offensive, produced by the Montreal agency Rouge On Blue, was used on various media, including highway, bus and metro signs, street furniture, banners and outdoor advertising.

The first phase, which was launched on October 24, 2019, focused on different variations of the Montreal sky in reference to the panorama and the breathtaking view that visitors will be able to admire from the future Observatory that will culminate at the top of the Oratory. The skies will change on the animated digital panels, highlighting daylight, sunset and night sky.

“In a context where Quebecers are solicited by many charitable causes, the challenge was great to succeed in distinguishing ourselves. We had to succeed in conveying the right message and touch both the emotion and the imagination by detaching ourselves from the strictly religious character of the site, since the Oratory is also an emblem of heritage that makes Montreal shine by welcoming more than 2 million visitors from around the world annually,” says Céline Barbeau, director of the Oratory’s communications department.

“The new observatory in the dome’s lantern will provide the highest 360° view of the city. It is with this in mind that the visual campaign took shape, highlighting this breathtaking view of the sky. We used familiar expressions that are used in everyday life, with the sky as a reference. This way, we reach a wide audience, regardless of their beliefs,” explained Lionel Pardin, president and strategist of Rouge On Blue.

The website will allow visitors to share their attachment to the Oratory, learn more about the major development project and make donations. 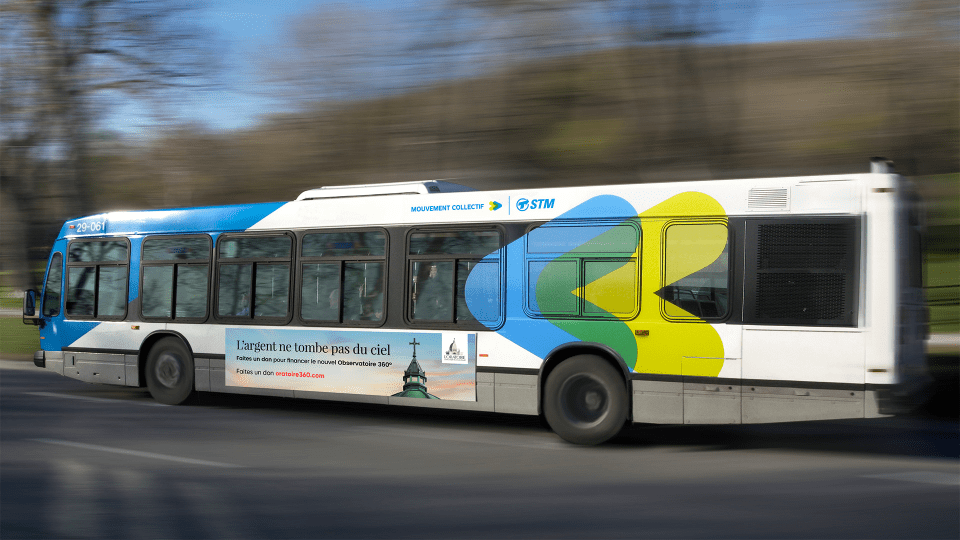 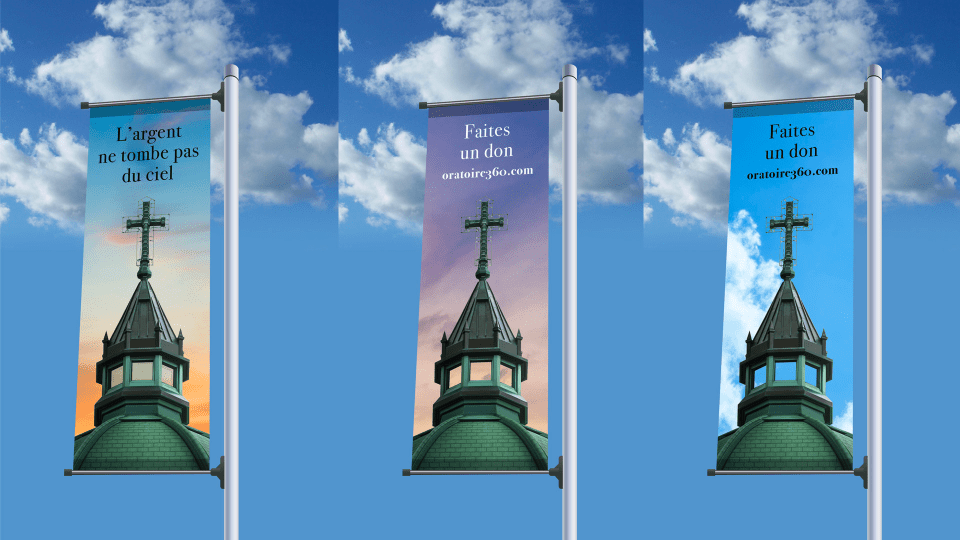